Every year, our illustration has a theme featuring Auggie and his family traveling to Hagerstown for the festival. This year, we decided that they would be traveling by plane. The team at Icon Graphics took our vision and brought it to life, and we are pleased to unveil the final illustration for this year’s Augustoberfest! 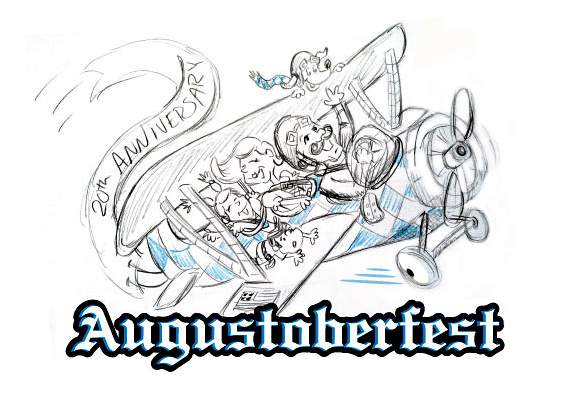 The team at Icon Graphics sent us this sketch for this year’s illustration.

This is the final approved illustration for this year’s Augustoberfest!