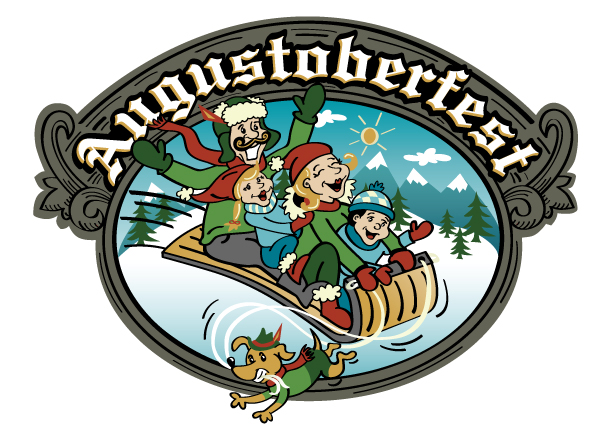 For “Auggie”, it’s the year of the toboggan

The Augustoberfest Charitable Foundation is excited to announce the dates for this summer’s 24th Annual Augustoberfest.  The traditional two-day celebration of the area’s German heritage will take place August 17 and 18 in downtown Hagerstown.  In addition to its celebratory exploits, Augustoberfest also serves as a fundraiser for Hagerstown’s sister city student exchange program with Wesel, Germany.

Every year, Icon Graphics creates a new event logo featuring Augustoberfest’s mascot “Auggie”, and his family, enjoying a different activity.  In previous years they have been depicted doing everything from dancing around a maypole to taking rides in hot air balloons, airplanes, and a Volkswagen bus.  Now, the adventure continues for “Auggie” and his family aboard a toboggan hurtling through the Alps (attached to this release).

While the staples of the festival such as live musical entertainment, traditional German food, and a guaranteed good time for all will remain in place, “This year we’re working on some new enhancements to Augustoberfest to make it better than ever,” said Chairperson Jill Colbert.  And that’s a challenge Colbert said she gladly accepts for one major reason:  “We appreciate the support of our guests so much.” 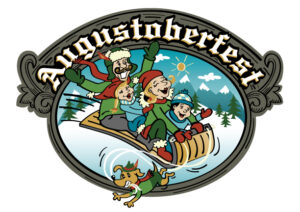 Click here to see how you can sponsor this year's Augustoberfest